Purposeful Play and Why it Matters? 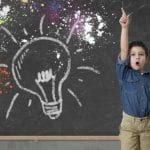 Purposeful Play and Why it Matters?

Whenever you turn your TV on to the sports center, you will likely see two opposing teams playing for one to win over the other. It’ll either be baseball, football, or golf. Whatever it is, the two teams that are participating, are not doing it for the fun of learning. They are there to get a price and to feel the satisfaction of winning.

This phenomena is not only present on TV. Our education system, especially the one designed to teach sports, is highly competitive. It doesn’t teach children that playing a sport is not about winning and defeating someone else. It teaches them that when you beat someone at a sport, you are the best that there could ever be in that particular instance.

In addition, the sports we play and love are extremely fast paced. You need to run fast, catch the ball, run again, smash into someone and then score. It requires immense physical strength and other traits which not all people have.

Take for example children with disabilities. They grow up thinking that their disability prevents them from playing such a sport. The world around them is sending them a message that they are not good enough because they are not as fast or as strong, and they cannot defeat the others as a person without disabilities would. So they grow up thinking that sports is for the able bodied.

Recent developments have encouraged what is called the universal design. This means that any activity is designed in a such a way that it could fit any person, able bodies or with any disabilities. Universal design has been praised and many institutions are trying to fit it into their curricula. What universal design provides besides inclusive learning is also inclusive playing.

The main idea is to get children to understand that playing has a purpose and that purpose is self improvement. This self improvement is done by eliminating the idea that one child is better at a game than the other, that they must win in order to feel fulfilled.

Quite the opposite. Alongside play creates inclusive communities where everyone is having fun and not child is feeling left out. Feeling left out only creates distancing and divides children from each other. So schools and playgrounds need to adapt the method of alongside play, not only to include children with disability, but also to create accepting communities whose main reason for playing is learning and self betterment, rather than competitive play.