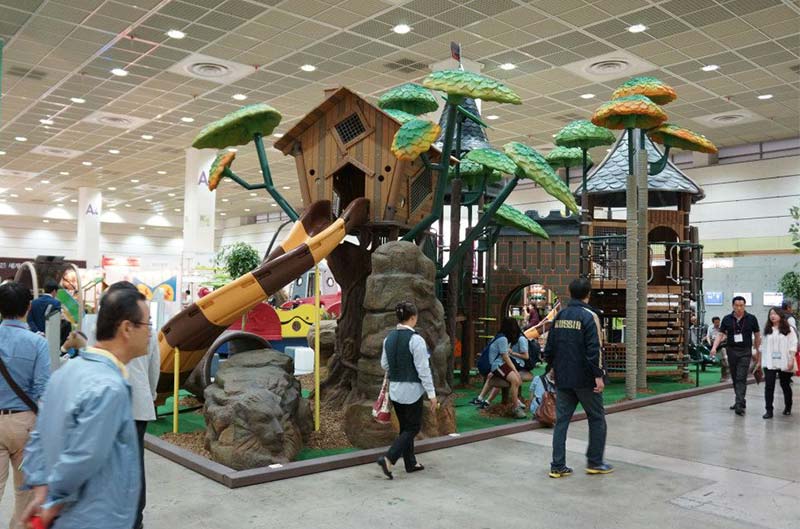 With young kids, we like to take them to the park and to the playgrounds. It gives them open space to roam about and meet other children while the parents sit on the bench watching them closely. The outdoors should be taken as a gift for children. But, sometimes they are not enough or the nearest playground is too far away. So, some parents have the creative idea of a Do-it-yourself project where they will build their own playground for their children in the background. And, it can be and done so for cheap.

First of all, the playground’s contents needs to be taken into account of. Design what you want and plan out how to get it. Start with the fact that there must be a soft base. Sand or mulch? There should be a big sandbox to pour a layer of either in it to build upon. Then, comes the physical playground with the various mechanics for kids to work with. First, no playground is built without a slide. From a safe height, kids should come down in a slide, whether it is straight down, with humps, or a swirl. To get up to the top, there must be stairs, obviously. But, there should be a second way up and it’s not just simply stairs. Maybe we can add a mini rock climbing set or ladder? Finally, there is the swing and that itself is self-explanatory.

Next, comes gathering the tools and pieces. The cheapest form of playgrounds are built out of wooden planks; its length is based on how big the playground can be and how deep it can be laid into the ground so it won’t move. Get plenty of wood screws and nails with a sturdy hammer, plus a carving tool. With a framing device, the playground can be squared and set up just right. Mark off the boundaries and corners of the entire playground. Now, calculate how much it will cost in total.

The pieces of wood plus screws and nails is probably between $45 and $70, based on the amount of planks and its length. Then, comes the topsoil, where it would average about $30 for the right amount of bags. After that, it’s about the actual swing, slide, fire pole (another way down), and mini-rock climbing set. Plastic is the cheapest way and there are sturdy. They are constructed to be easily installed now rather than the heavy labor in the past. Depending on what set is bought to place with the entire design, we are talking about $150 to $400. That sounds a lot, but remember, city parks cost thousands of dollars using massive space.

Homemade playgrounds are fun to build because they are custom made for the children by the parent for the right safety reasons. By having them built in the backyard, no one has to go anywhere. It can be a cost-efficient project with everything bought and constructed for if done right and with the good tools in hand. In the end, it should be approved by that one small base of people who will use it: kids.